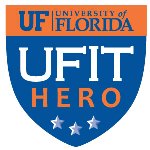 Do you work on an information technology (IT) project, IT project team, or IT unit that has these characteristics? Are there outstanding IT support staff in your area? Nominate worthy project teams, work groups, and IT units for recognition at the Fall IT Assembly.

The nomination period for the 2012 UFIT Awards is now open.

The UFIT Awards are open to anyone meeting the eligibility requirements, regardless of academic or administrative department. A team is defined as staff who worked on an IT project (a team may have both IT and non-IT staff), IT staff working to resolve a technical issue or improve a business process;,or a IT group, unit, or department.

Winning teams in 2011 came from the Career Resource Center, Research Computing, and the project team that managed the transition to Sakai. Representatives from the Academic Health Center, IFAS, and academic and administrative units review the nominations and forward award recommendations to Vice President & CIO Elias Eldayrie. The UFIT Awards will be presented at the Fall IT Assembly on November 6.

Nominations for the 2012 UFIT Awards will be accepted through October 5.

Email Anne Allen, UFIT Awards Committee chair, with any questions about the nomination process or Fall IT Assembly.